I started writing yet another post about Squaddie, then I stopped, then started again, then stopped.

At first, I considered that I might be resisting because it was still painful but I couldn’t find any truth in that. My gut was definitely not agreeing. Then I realised, I am resisting because I’ve discussed it to death.

After about a year of being together, I quit my job and went to Newcastle for Christmas. He proposed on Christmas Day after is agreed to move in (even though he knew I didn’t want to get engaged), he got on one knee by the tree while his family waited outside the door with champagne and a card- very presumptuous. Of course, I said yes, it was a perfect proposal to anyone looking in as we danced to our song afterwards. To me, it felt like a cage. I remember telling one of my best friends and having to practically mute the phone as he swore loudly and called me an idiot for tying myself to someone who treated me the way Squaddie did.

The engagement only lasted a few months. All the way through the engagement I got messages from other girls saying that he’s being sleeping with them. He’d always deny it and I was so dependent on him by this point that I chose to believe him.

He’d hammered the point home that nobody loved me except him. He even made me believe that my eldest sister (who taught me to read and tickles my arms until I slept when we were children) didn’t love me. I wasn’t allowed to go home at all. I wasn’t allowed out with anyone who wasn’t on his approved list and I even got into trouble for sitting near male colleagues at work. In my mind, I had him and his family and that was it!

I became so clingy and jealous. Not myself at all. I was even jealous when he would be out with his friends because it meant I was being ignored. I started to feel really suicidal after a while. Everything I did was for his benefit. I barely ate because he wanted me skinny, I let him do what ever he wanted with my body and when I didn’t say yes he did it anyway, I convinced myself that it was okay that he’d call me “fatty” or a “dirty slut” or when he’d “go too far” with “play fighting”. It was okay because my life belonged to him.

The biggest blow came when he broke up with me because I’d been “cheating”. I’m not sure how when I wasn’t allowed to go anywhere. He became convinced that something was going on with one of his best friends.

After being dumped and having to move into a house share, I decided that I might as well act in the way he accused me of. His friend and I had a flirtation but nothing more at that point. Squaddie found out and was livid. He drove this guy to my house and threatened to kick him in infront of me.

I went home for a few days that summer (while we are split up) and built some strength when I realised that I was still very loved at home. I built more strength when a made an amazing friend in my new housemate. And more when I dated a little.

Then I must have gotten too strong because Squaddie returned to bring me back down. We “tried again” for a little while and then I got accused of all sorts and chucked. Again.

Again, over the next few months, I built myself up, I dated a bit and he returned.

This time, it started well, we got on and he seemed different somehow. Until Valentine’s Day when I was informed that he’d gotten someone else pregnant during our last “try”. That should have been it but it wasn’t, I offered to help him with the baby and everything.

Things started to turn sour again, fast. I ended up doing some awful things like telling his mother about the baby and telling him some family secrets. I was just so angry.

Then one night, he arrived at my house out of the blue so he could come to a party with me. We both got so drunk at the party and ended up fighting- verbally and then physically. It all came to a head when he stood on me while twisting my arm behind my back and threatened to snap it if I dared scream again.

I realised at that point that enough was enough. I couldn’t be with someone like that, mainly because of how he treated me and partly because I hated who I was when I was with him.

I’d learned to respect myself enough to walk away. 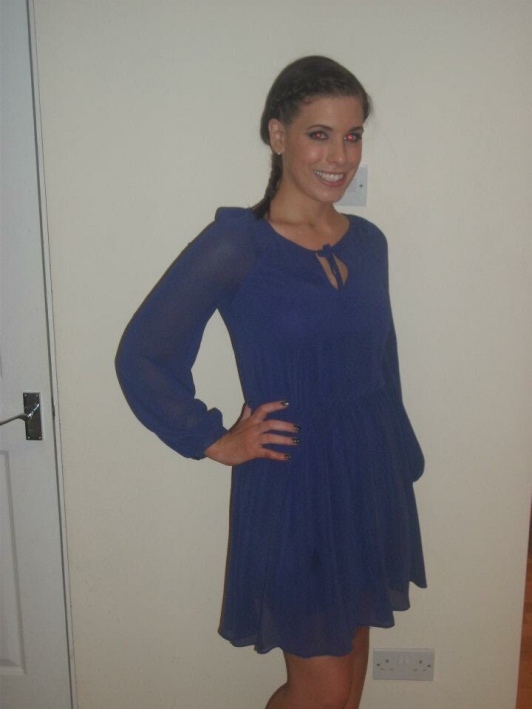 One Reply to “The rocky start of my Newcastle life”