I was happy by myself for about a year in Newcastle.

I was doing better every day in my job, it was on the right track to become a career. Although I was an IT Training Coordinator, I was delivering and creating bespoke training on the side and absolutely loved it. When an opportunity arose for a permanent IT Trainer in my Newcastle team, I went for it!

A few days before the interview, I was asked by my then manager whether I’d ever consider moving closer to my family. I answered honestly “I’ve not thought about it but if the opportunity arose then I’d probably take it.”

I was rejected after the interview for the job I applied for but immediately offered an 18 month fixed term contract as an IT Trainer – IN BRISTOL. I thought it was a great chance to be successful and live near my family, plus I’d never lived in Bristol before, so I took it. I didn’t even think about the cost of moving, the logistics of moving or anything else. I just said yes.

About a month later, I was in Hannah’s car surrounded by my stuff and headed to the new place I’d found in Bristol a couple of weeks before.

Hannah leaving the next morning was extremely scary for me but my new housemates seemed lovely. My landlady was/ is an amazing woman so I was glad she was living with us too. We don’t speak often but we have the sort of friendship where we both know that we will be there for each other. I feel incredibly lucky.

My previous landlady is a personal trainer and got me into fitness. Oh my, I fell in love with Metafit! It was a change of lifestyle for me as I’d usually drink most evenings and my relationship with exercise was always on and off, but I loved swapping beer for tea and nights out for early nights. Actually, I found that it suits me better! It’s funny how people you haven’t known long can teach you about yourself.

I was lucky that I got along with my housemates in Bristol as I didn’t make any other friends, not really. I kept myself to myself at work- not necessarily through choice- as my seat was separate from the other people who worked there. None of them were on my team. Also, a few weeks after I moved in, my landlady moved to London. As I helped her move out and my new housemate move in, I slipped a disk!

Yes, I slipped a disk at age 24! Flat screen TV’s can be really heavy…

I was gutted because, not only was I in constant pain, I was signed off work for around 6 weeks and couldn’t travel to Wales most weekends anymore (like I had grown accustomed to). I was even more lonely when my housemates weren’t around. Although, I was still talking to Hannah all the time, and Graeme (the guy who i had become close to…)

Graeme actually has family in Bristol so came down one weekend to visit “them” (read: me). We met on the Saturday afternoon for cocktails, probably a bad idea while on codeine but you live and learn, and just spent the whole day together laughing and joking. We still clicked. It was quite late and I was in a bit of a drunken state when we parted ways but that didn’t stop him stealing a cheeky kiss.

Although we talked most days still after the kiss, there was no discussion of meeting up again so I assumed that it was a drunken thing on his part and tried to put it to the back of my mind. Even if I did have feelings, especially after our day together.

After about 3 months of living in Bristol, I got offered my role permanently in London. Again, I’d never lived in London before so said yes.

The plan was for me to move there within the month and start immediately in the role. Sounded simple. Except I had no idea how hard it is to find a decent place to live in London that doesn’t cost your entire wage.

It came to moving day and I was still without a house!

Luckily for me, my landlady had moved to London and let me stay at hers for a couple of nights until I found somewhere. I was on her floor so we both knew it couldn’t be for long. She put me in touch with an old friend of hers who actually had a room available and said I could have it if the girl who currently lived there liked me.

The next day, I took the day off work and rocked up with all the belongings I had with me- a backpack of work kit and one suitcase- to the flat.

It turns out that the girl I was set to meet, J, had done pretty much the same thing ten years earlier. She told me she liked my “balls” and was happy for me to move in! And the rest is… going to be told in the next story.

I don’t always do this but the moral of this story is to be ballsy, go for what you want, try new things, trust that the universe will align for you 💫 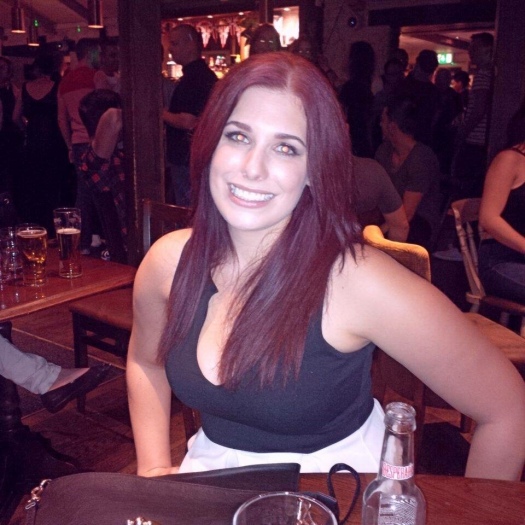