After the mad weekend in Bangkok, we were so looking forward to a bit more of a chill out on the island of Koh Samui.

The flight from Bangkok was so fast, which is good because the person behind me had such long legs that their knees were in my spine! Yikes! Within an hour or so, we had arrived in Koh Samui and even the airport is beautiful! 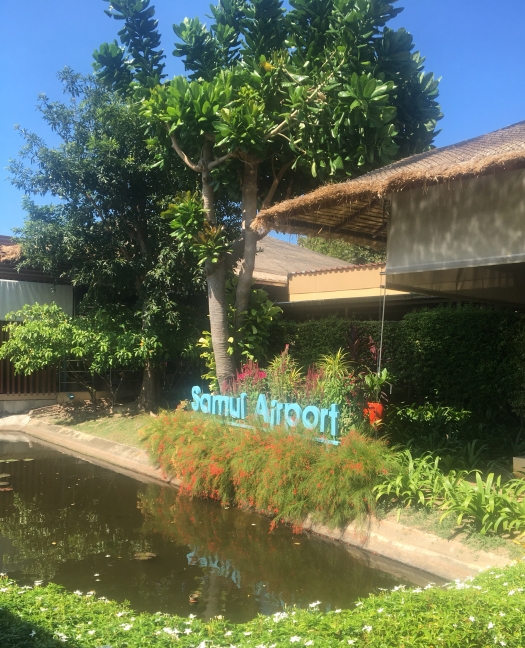 It didn’t take long to get to our resort from the airport, around 20 minutes, but the anticipation (and hangover) made it feel like a lot longer!

We stayed at the Samui Buri Beach Resort  in a deluxe swim up room. Wow! Honestly, from the moment we got there, the staff were amazing. We were given fruit juice and hot towels while we waited for our room key, our luggage followed us there and the staff member who showed us to our room was genuinely helpful and friendly. Our room was stunning too!

We had a quiet first night; a swim, some drinks and dinner, then early to bed. I had set an alarm for 5:30am to get up and go to the beach to see the sunrise. We made it up and out and were rewarded by being joined for a spectacular sunrise by our new canine friend Kiera and her doggy pals. It’s funny, the sun rises every day so we take it for granted we can always watch another time, but we rarely do sit and watch its beauty. It’s something that I plan to do more. 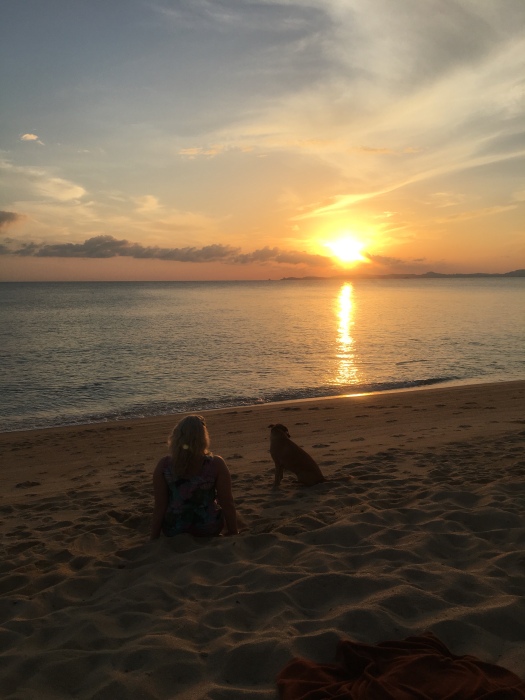 We had a chilled day that day, I spent the day on the beach swimming and catching some sun while Graeme swam and sought shade. All day, he was in a funny mood. He was smoking much more than usual, he barely ate breakfast and missed lunch entirely and he was on edge all day. When it got to me getting ready for dinner, he was pacing up and down the hotel room. I actually had a go at him and said “sit the f**k down!”.

We went to the infinity pool bar for drinks and noticed that the sun was starting to set as we were looking out to the ocean. Graeme suggested a walk on the beach to watch properly, so we went. As we got to the far end of the beach, he stopped and said “take a photo of the sky over there.” He should have known better as I never take just one photo, as I was getting carried away, I heard “Beck” and turned to see Graeme on one knee with an open ring box in hand, showing a perfect engagement ring. He gave a speech during his proposal while I cried and repeated “are you serious?” followed by a “yes, of course” when I realised it was real, needless to say, he had to repeat that very personal speech later… 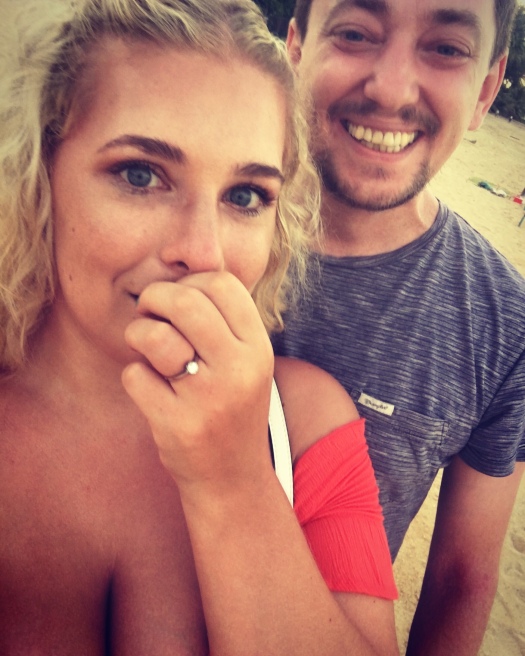 After, we watched an amazing fire show and went out on the town in Mae Nam followed by a skinny dip in our pool! We know how to celebrate! haha!

The following day, we had lunch at Luna Hut and arranged for a driver to show us the island the next day. I wont bore you with the minutia of the trip so lets fast forward to the tour.

He picked us up at the hotel at around 10am and we went to the Big Buddha first, it was so majestic – I was in awe!

Next, we went to another temple, Wat Khao Hua Jook. When we got to the top, there was a Buddhist monk who blessed us both. He tied a bracelet onto my left wrist and Graeme’s right while singing a chant.  Once again, I felt so spiritually open and amazed.

We then went to Crystal Bay, I had a little splash about but was aware that I didn’t have a towel so didn’t swim out. Talk about paradise! What a place! Something funny happened here, we went to meet our driver and he was gone… It was only about 5 minutes that we waited but we had all sorts of visions that we had been abandoned! The poor soul only had a drive around while waiting!

After Crystal Bay, we went to the Hin Ta and Hin Yai rocks. These rocks have a beautiful legend attached to them about ever lasting love being carved into rocks. I urge you to google it. We did have a giggle pointing at the ‘Penis rock’ though.

Finally, we visited Namuang waterfall. A place of such natural beauty. We swam a little by the waterfall after feeding an elephant. We declined a trek as we think it’s quite cruel but figure that all creatures have to eat so had no problem with feeding the incredible animal. 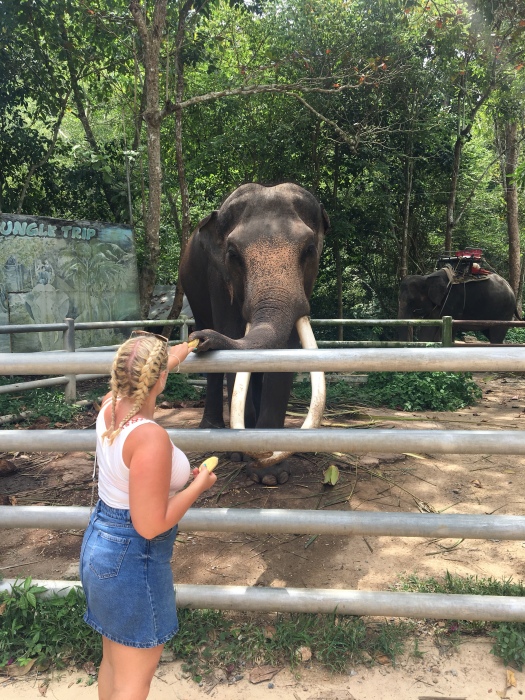 The whole day only cost us 2000bht! Including drinks and free coconut caramels. I would recommend it to anyone.

That night, we went back to Eclypso (a bar where we had made friends with the lovely owners, cats, and dogs) to see a pup we named Colin. We are still in touch with the owners and get regular pupdates.

We arranged with another restaurant, owned by a lovely German man, to go to the night market the next day and for a speedboat trip the day after with the mans travel company (Feel Travel Samui).

More on that tomorrow if you would like to read it… 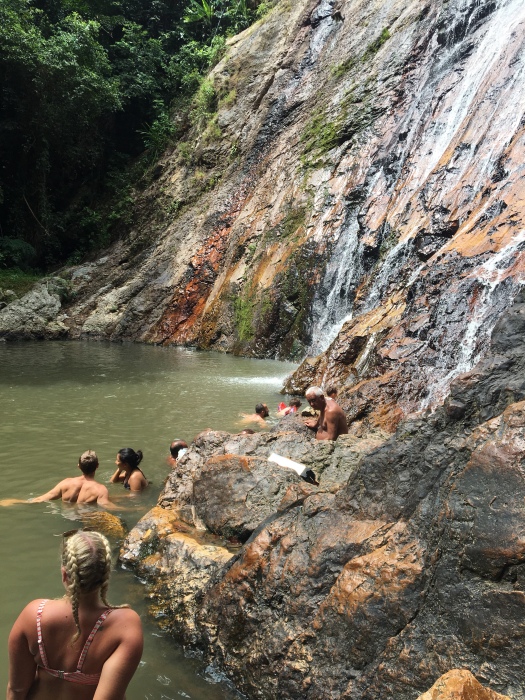